We do not recommend that you apply the Auto Healing feature on this category; These problems should be dealt with manually!

What is being evaluated for 'Suspended instance(s) (not resumable)'?

The evaluated state is provided by the table below:

TIP: The evaluated state may be reconfigured using the Expected State functionality that exists on every Resource within Nodinite.

What remote actions are available?

The following Remote Actions are available for the Suspended instance(s) (not resumable) Resource: 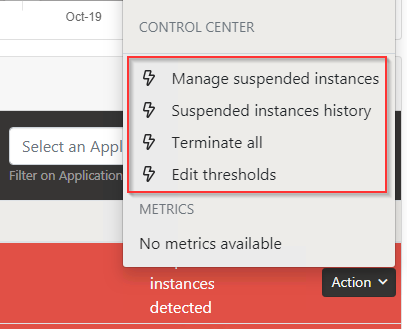 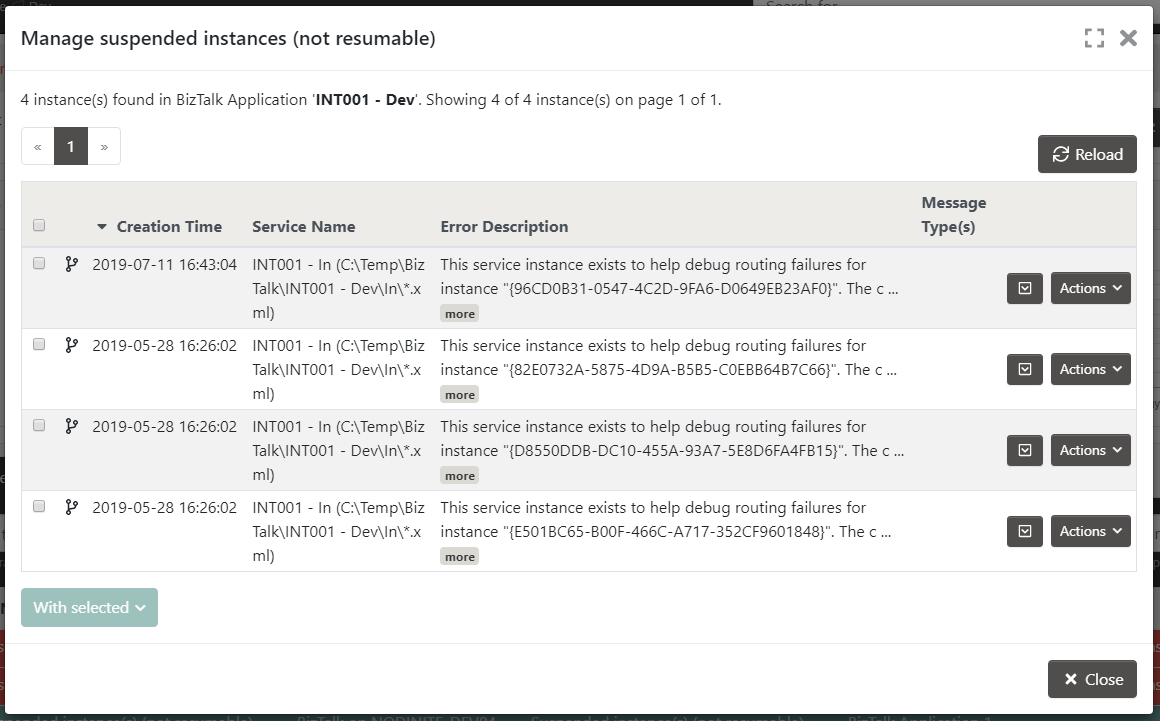 The following features are available from within this modal:

When working with 'Suspended instance(s) (not resumable)' you can view the details and context properties but eventually you must manually rid these. Nodinite provides the following options:

Removing suspended instances one by one is a tedious process but proves that you dig into the problem before just removing them and the actual problems rolls over to someone else.

In the modal page loaded by using the Manage suspended instances action you can further click on the Terminate menu item in the Actions button.

Click on the small button to the left of the Actions button to expand the selected row with additional information about the suspended instance. The information is divided in two tabs: 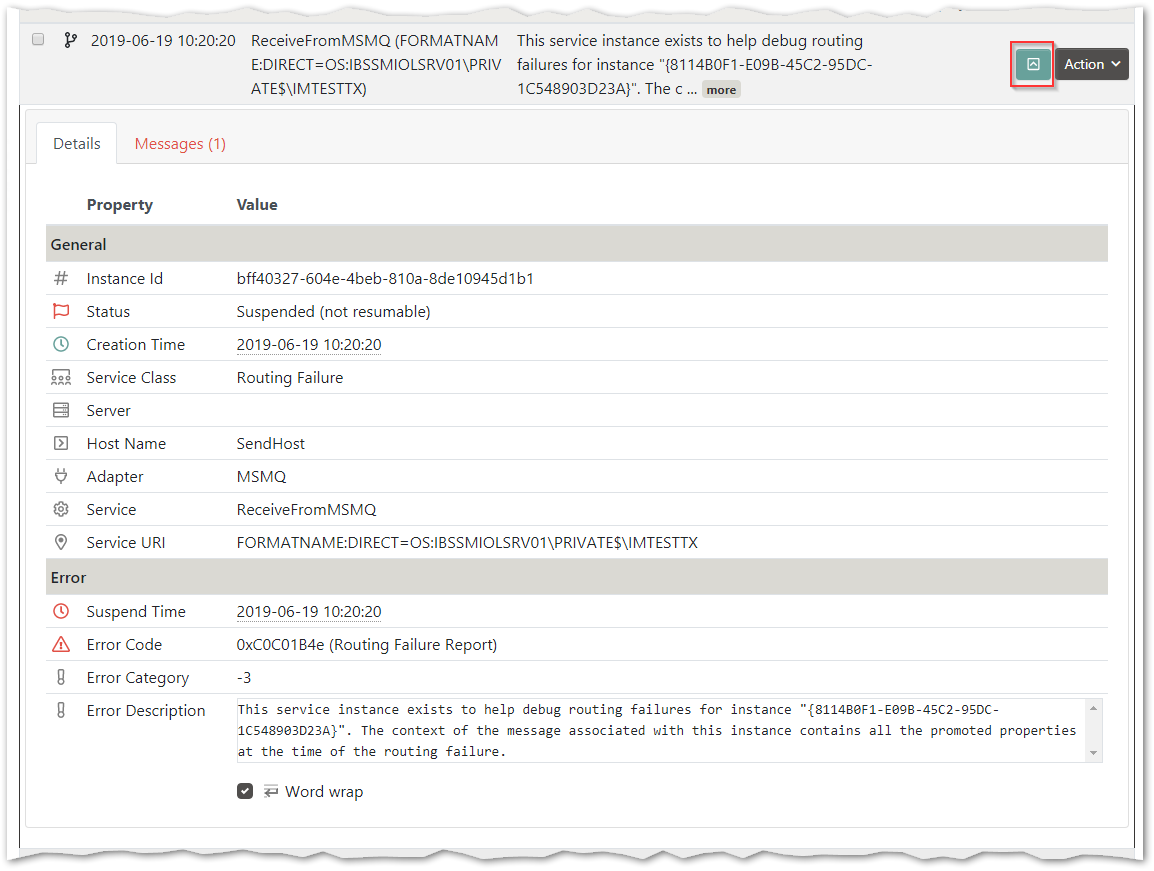 Example with general information about the suspended instance

The context properties available at the time of the suspend operation are available in the 'Messages' Context tab. The table can be filtered for your convenience and speed to find the information you seek. 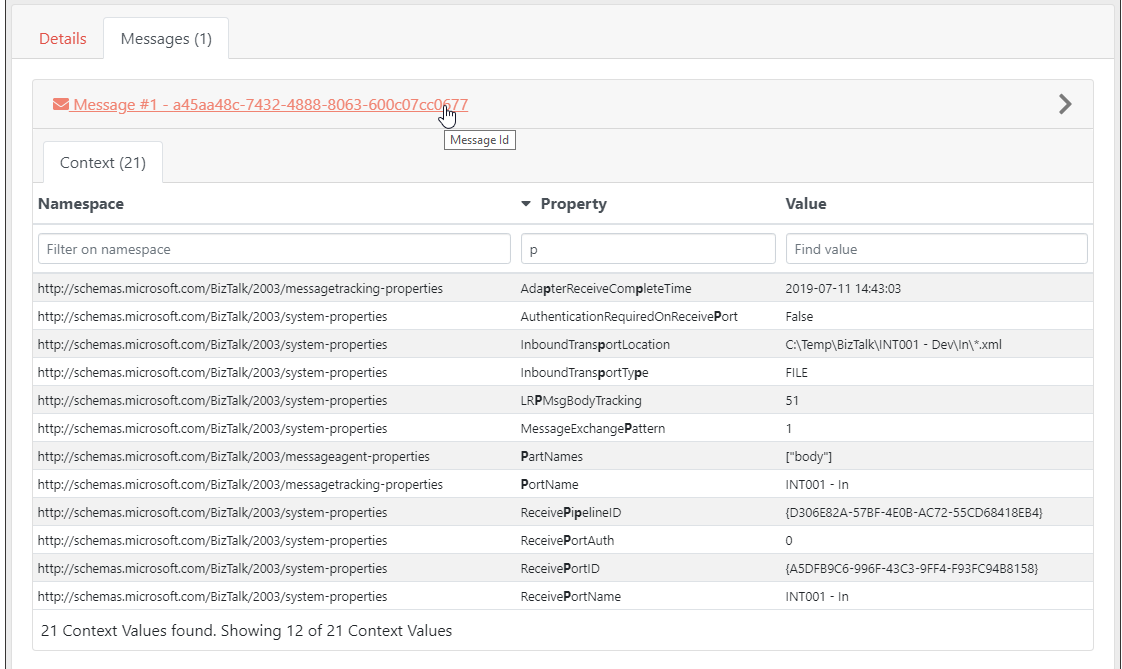 Example of filtered list of context properties for the suspended instance

For the selected BizTalk Server Application you can review the history for 'Suspended instance(s) (not resumable)'. 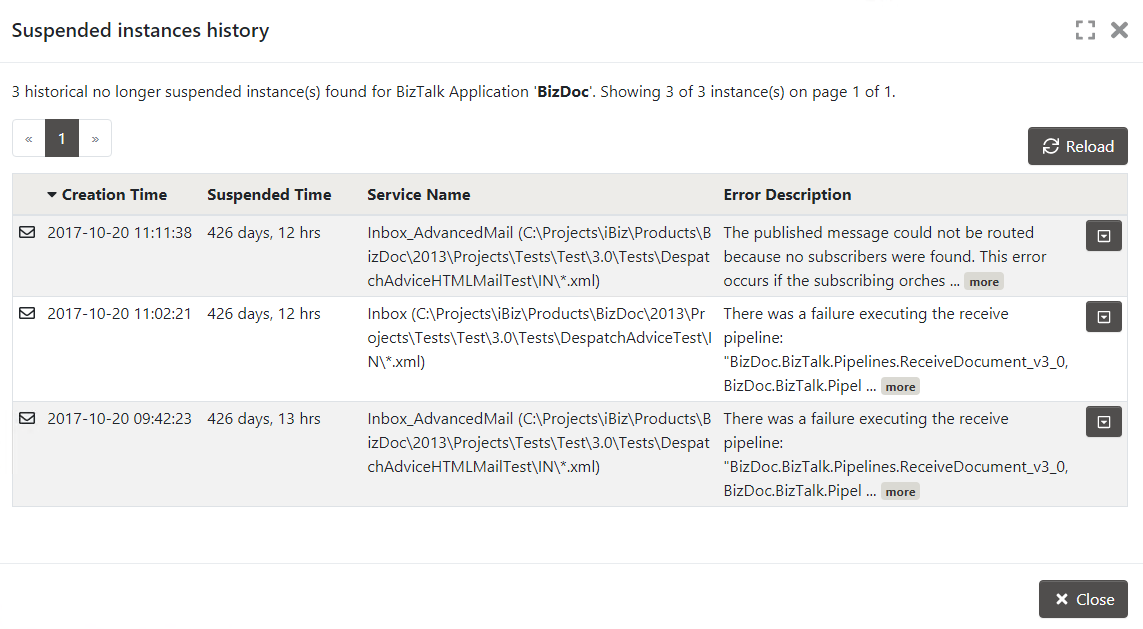 NOTE: The historical suspended instances have limited information (Details and context properties are not preserved)

When you click on the Terminate all menu item in the Action button you will be prompted to confirm operation:

By default all BizTalk Applications will use the global thresholds set in the Configuration. You can manage individual thresholds by clicking on the Edit thresholds menu item in the 'Actions' button. 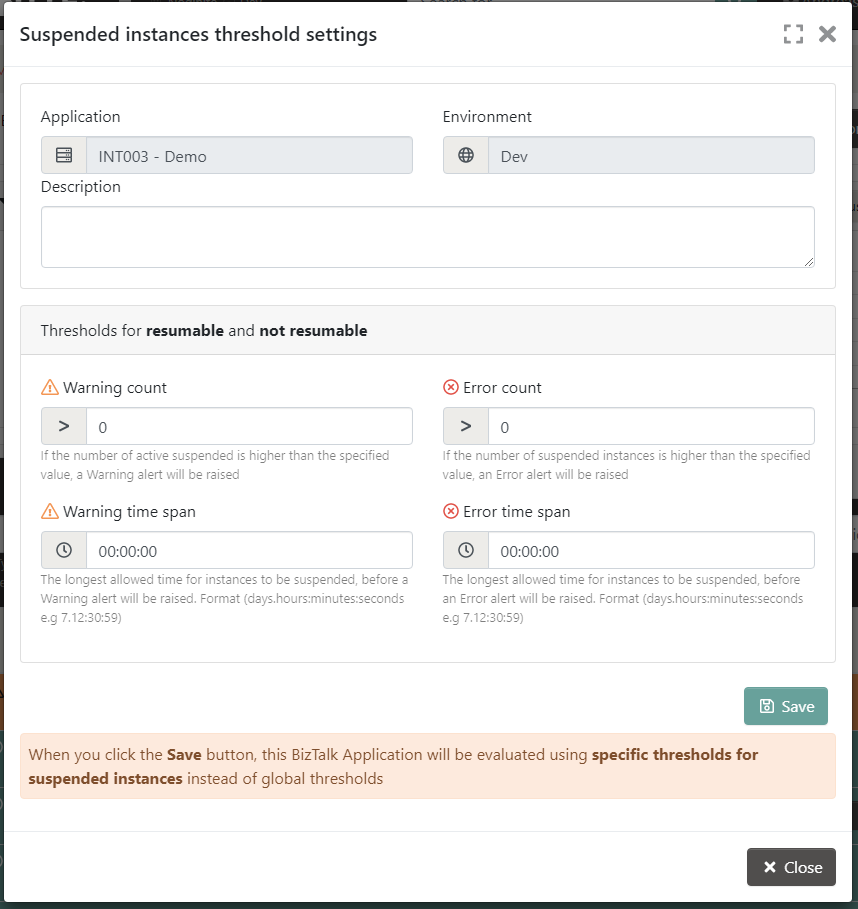 When you click on the Save button; The configuration for the selected BizTalk Server Application name will use specific configuration instead of the global values.