The System parameter SqlPackageExecutable is used to provide the path to the SQL Package executable (SQLPackage.exe), also called DACFRAMEWORK and/or DACPAC, for the currently installed version of Microsoft SQL Server. The SQL binaries must be installed, and the path must point to the same physical path on all Nodinite application servers with either the Install and Update Tool and/or the Logging Service.

This feature was introduced with version 4.0

The following SQL Versions are supported by Nodinite

However, just because you have a folder with one of these identifiers, does not mean you have a SQL Server instance of that version installed; some folders are laid down by newer versions for backward compatibility reasons, added by Visual Studio and other tools, or are left behind after an instance has been removed or upgraded.

One way to get the installed version of SQL Server: 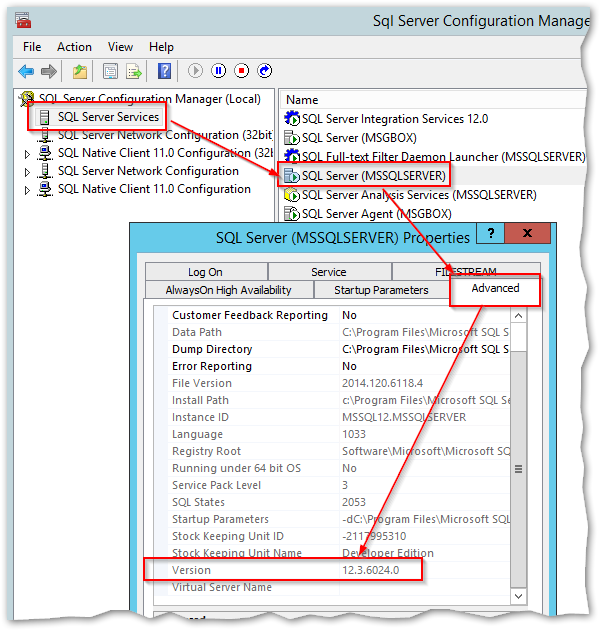 Remember to Uninstall the older versions, if you install a newer version

Additional solutions to common problems and the FAQ for the Nodinite System Parameters exists in the Troubleshooting user guide.

How do I change the value?